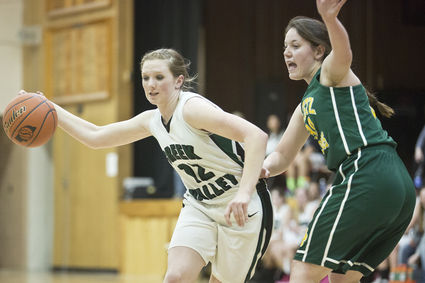 CHAPPELL – After controlling most of the game, the Creek Valley High girls' basketball team withstood a fervent fourth quarter comeback attempt by Peetz to win a non-league game on Tuesday, 35-30.

In both teams' first game since school resumed after winter break, shots were off the mark most of the night. However, Creek Valley's dominance under the net allowed the Storm multiple opportunities.

"We boxed out much better than we have throughout the season," Storm coach Treavor Korte said.