Juniors begin to reach potential in wins over Hershland, Westco 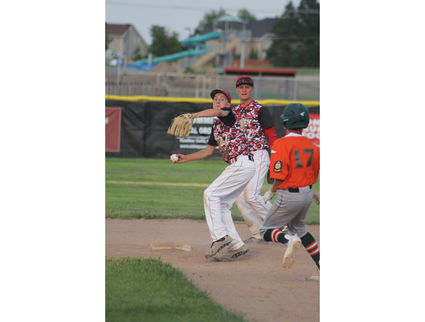 Bats ringing loudly, Sidney's Post #17 Juniors have been coming into their own this week, demonstrating the potential Coach Ray Witt has known was there all along.

"We've been telling them they could play like this all year," Witt said following Sidney's 10-4 win over Scottsbluff's Westco. "Now things are coming around and they can see it."

Witt said one of the impressive aspects against Hershland was Sidney's fielding. Sircy had just one strikeout, but the Junior defense wa...