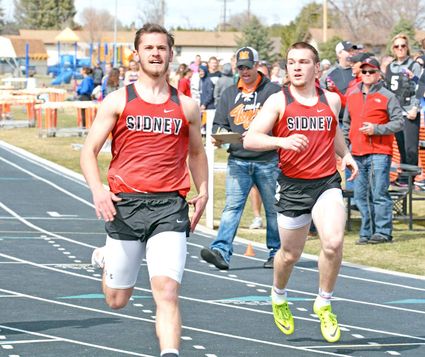 DONNA WEIDEBURG / FOR THE SIDNEY SUN-TELEGRAPH

Cade Lewis and Derek Robb compete for the Red Raiders at the Mitchell Invitational.

For the boys, junior Cade Lewis had an outstanding day, placing second in the 100...