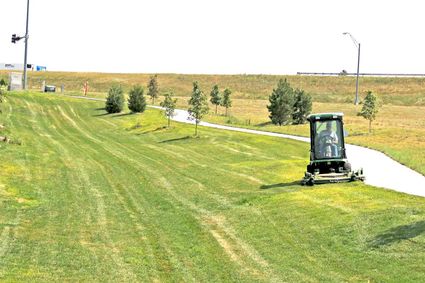 Among the "extras" that may suffer from cuts in the Sidney city budget is mowing of some areas in town. One area, such as this one on south 11th Ave., is of concern to city council on how it might affect first impressions coming into the city. The cuts are the result mostly of lower income.

Sidney's City Council took a good hard look at its 2018-19 budget during a workshop Wednesday, and found there will be a lot of cuts that could sting a little over the next couple of years.

In making his budget presentation, Sidney City Manager Ed Sadler told council that, at least on paper, the city could be facing up to $1 million in cuts. That's due in part to double counting some revenues, re-budgeting unspent funds and budgeting possible federal grants.

In eliminating those miscues, the "on-paper" picture looks a little better, but the city still faces the need to cut several hundred t...