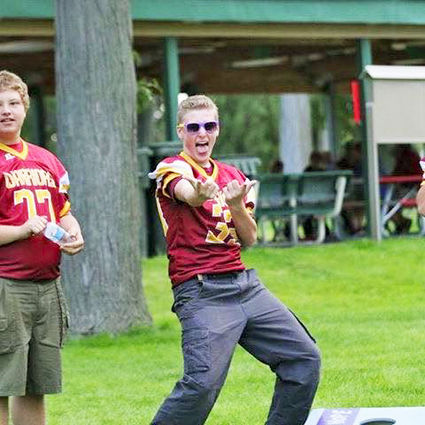 Drew Haley's 's personality comes out in a Facebook photo.

An unusual football injury has left the Gurley, Dalton and Banner County communities in shock after a member of the Leyton/Banner County football team suffered a crippling injury last week.

Leyton junior Drew Haley was injured in the first quarter of the game against Morrill last Thursday (Aug. 30) when he went high for a pass, caught it, and was tackled at mid-field.

But after the play, Haley didn't get up, suffering from an injured knee. Haley didn't return to the game, but it wasn't for another day that the severity of his injury was uncovered.

In a letter to the school and community, Ha...