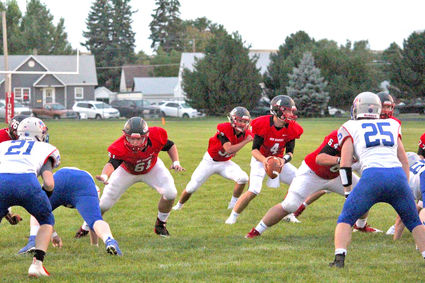 Dropped balls and inopportune mistakes hit Sidney's Red Raider football team for the second week in a row, as they lost to Chadron 34-20 Friday at home.

In their first game against a district foe, the Raiders had hoped to make a strong showing to establish themselves as a team to beat in the district. But Chadron and its air attack had other ideas, taking advantage of Sidney miscues along the way.

After receiving the opening kickoff Sidney lost the ball on a fumble on the first snap from scrimmage. Chadron was unable to convert the first and goal from the nine yard line, but left the Raider...