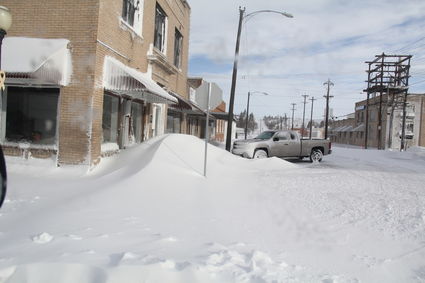 With heavy snow driven by high winds, drifts were all over in the area Thursday morning. In the country, many roads were impassable due to drifting as well. High winds kept blowing snow back over roads not long after they were opened by crews.

Snowmageddon. Bomb Cyclone. Winter Storm Ulmer. No matter how it was referred to in the various forecasts and weather reports, this week's winter storm lived up to the predictions as it brought severe weather to the region.

As predicted, the storm first made its appearance late Wednesday night, with the first band of rain sweeping over Sidney around 10:30 p.m. After a few hours of reprieve, the larger body rolled in during the early morning hours, bringing with it light rain and fog to go with residents' morning coffee.

By mid-morning, temperatures began to drop, going from the mid-40s to j...