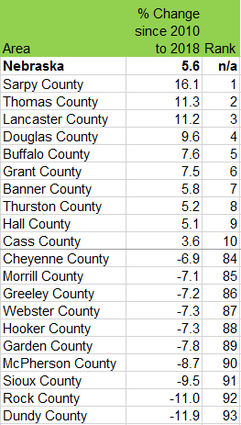 For a number of years Cheyenne County had been one of the areas in the state that had regularly shown growth. But according to the latest figures, the area is now in decline, while Banner County is the lone Panhandle county to show slight growth.