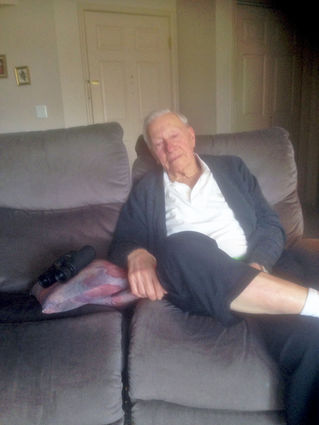 Edward (Ed) Killham was a senior in high school and had earned almost all the credits required to graduate. He had learned about an aviation school he could attend that paid $100 a month. The school was in Denver, CO. After a few months of training in Denver, some of the students, including Ed, were sent to an Army-Air Forces base (Hill AFB) near Ogden, Utah. Continuing his training, Ed worked there until about June 1943. He had learned something about airplanes, was housed, fed and had a decent life on the base. When time came, though, he returned to Potter, NE. He waited for his cousin to...