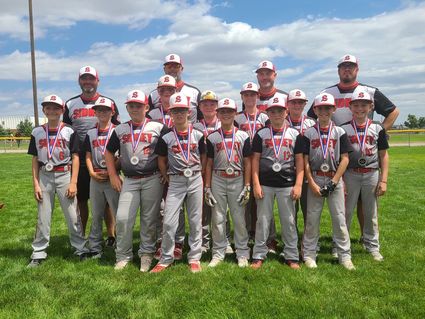 Sidney’s 11U baseball team went undefeated in pool play at the Cal Ripken Sate Tournament in Chadron over the weekend. After defeating Chadron 11-3, Gering 6-2 and Chadron a second time 7-1, the Radiers lost in their final game against the Westco Bluffs Bomb Squad 5-0, earning second place in the tournament.