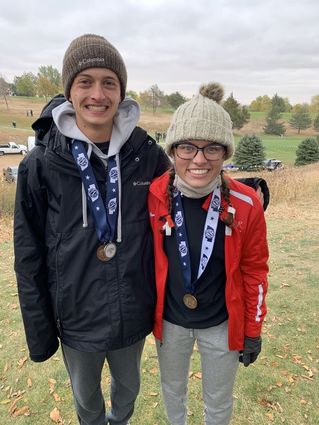 Junior Daniel Bashtovi led the boys’ squad with a seventh place finish at 17:01, earning him his second state medal after he finished fourth in 2019.

The boys’ squad has now earned a state title, a third place showing and now a runner up finish in the last three years. The boys return all of their runners except senior Rhett Dykstra next season, so look for the Sidney squad to be favored to win another state title in 2021.

Sidney Head Coach Donna Wiedeburg was thrilled and thankful for the way the season turned out, as in the summer it wasn’t a certainty that there would be any Fall Sports Season due to the COVID-19 outbreak.

“In June, I hoped we could make it to July and in July, I was hopeful for a meet or two and that’s pretty much the tone of the entire season. Grateful for one day and hopeful for the next,” said Wiedeburg.