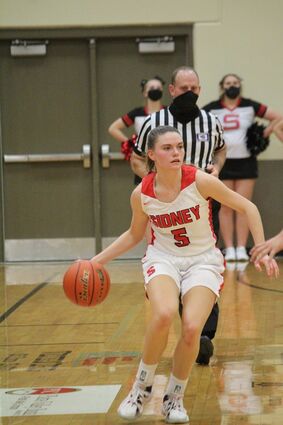 Sidney’s Red Raider Basketball teams traveled on Saturday to Alliance to take on the Bulldogs for the second time this season, and the girls cruised to a 67-to-24 victory while the boys struggled again against the Bulldog defense, losing by a final of 61-to-47.

After an easy 54-to-2 win by the Lady Raiders in the Western Conference Tournament earlier, Sidney Head Coach Tyler Shaw substituted early and often, getting valuable minutes to the bench players as the starters and substitutes combined for a 27-to-10 first quarter lead. Alliance played better than in their last meeting and were ab...