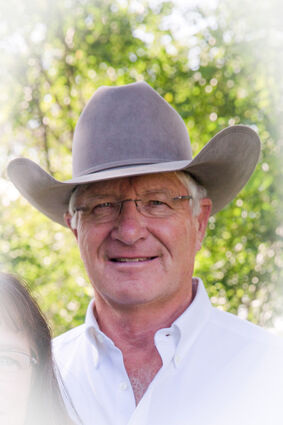 Richard Dean Gillham, age 70 of Peetz, CO, slipped into the arms of Jesus on January 30, 2021 at Northern Colorado Medical Center, in Greeley.

Visitation will be held Sunday, February 7 from 4:00 to 7:00 p.m. at Chaney-Reager Funeral Home in Sterling. His memorial service will be on Monday, February 8 at 10 am at Sterling FourSquare Church, followed by burial on the family ranch. Richard was born in Sidney, NE, on April 27, 1950. He graduated from Peetz High School in 1968 and then attended Westmar College in Le Mars, IA, where he graduated with a double major in business administration and sociology in 1972. There he met his wife to be, Nita Jo Pfaltzgraff, while they were singing in their college choir. They were married in Des Moines, IA on August 26, 1972.

He was a man who loved Jesus and loved his family. Gillham’s Rim Ranch was recognized by the state as a Centennial farm in 2017; Richard believed in stewarding the land for future generations to use and love. Some of his happiest days were spent on horseback, checking cattle—especially in seasons of green grass and rain. He began carving leather at age 12, and developed an exceptional level of artistry in leather work. He built his first saddle in 2000, and continued building saddles and cowboy gear.

A member of Sterling Foursquare Church, he and Nita led worship for many years. They sang together in Sterling’s Master Chorale for more than 10 years; his dry humor kept the men’s section in laughter, especially when rehearsing classical Latin works. He routinely offered to find cowboy music the group could perform, and a traditional cowboy duet called “Prairie Girl”, developed with Nita, did become a part of one of the group’s concerts.

He is survived by his wife of 48 years, Nita Gillham; son Daniel and wife Sarah have two sons, Samuel and Luke; son Roy and his wife Brandee have four sons, Jake, Matthew, Waitley, and Benjamin; sister Jane and brother-in-law Ken Reynolds, of Lexington, NE and their sons Scott and Josh Reynolds and their families. He was preceded in death by his parents, Dean and Mary Gillham and nephew Todd Reynolds. Richard did not know a stranger. His open smile and firm handshake welcomed new folks and well-loved friends and relatives to come share stories for a short visit, or a pleasant stay. He was not afraid to show emotion, to pray on the spot, or to share words of encouragement with all he met. His broad smile and twinkling eyes revealed his laughter, always ready to erupt.

To say that he will be missed by many is an understatement.

Memorial contributions may be made to the Gideon’s International, or Sterling Foursquare Church.