On the Road to the 'Big Show'

A First-Hand View of the Playoffs from Within the Team 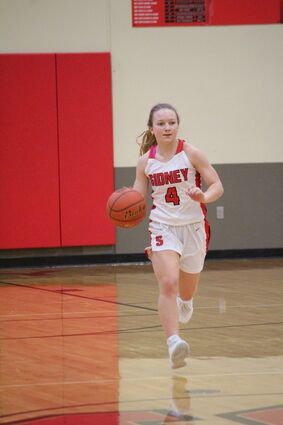 This week the Sidney Raider basketball team played in the State tournament in Lincoln Nebraska.

I am Brynna Ross and a junior on the team, this is the fifth year in a row my team has made it down to the tournament and I couldn’t be more proud. I am most proud of the support from the community, school and the entirety of Western Nebraska.

The way up to Lincoln is always a memorable, nerve racking experience. We stopped in North Platte to eat Canes and Aurora to practice. A lot of us caught up on sleep during the bus ride while waking up every few hours to play a game of pitch or uno.

After arriving in Lincoln on Tuesday my team went to the Scottsbluff game, we noticed a very small but mighty student section and realized it was the Louisville girls basketball team. We decided to join them.

Our two teams came together to become Bearcats for the night, holding Scottsbluff signs and cheering another schools cheers. It was an awesome and refreshing experience.

It was even more refreshing to see the support we got on Wednesday night. A few kids from Sidney High were able to made it down to our game but the majority of our student section was the Scottsbluff and Bridgeport girls basketball teams. They held our fatheads and cheered for us through the whole game. 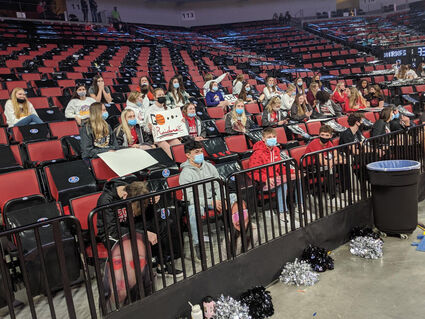 We ending up losing, which took us out of the tournament and a chance to be state champions. This was a hard blow and not the outcome we had hoped and worked for. Nevertheless, I am so proud of my teams and grateful for the support we received.

Our rival teams become allies down here. We come together with the common goal of proving that we can make a run down here as much as the East teams can. It is more than just basketball.

I am honored to be from the West where support, integrity, and sportsmanship rule. It is a one of a kind environment, and I feel lucky to be a part of it and to have grown up here.

Thank you to everyone who has followed us and supported us throughout our season. We plan and will work hard to be back next year.