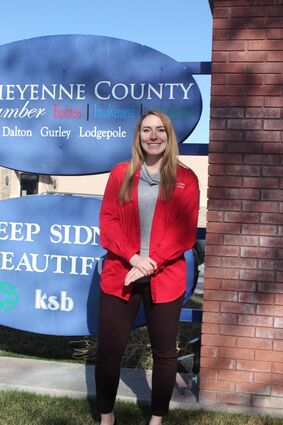 Sometimes life changes in slow motion. Other times it is like erasing the whiteboard and surrendering the marker.

The Cheyenne County Chamber of Commerce is losing its director to a new adventure, and Sidney High School is losing a coach and teacher.

Eamonn Feeney teaches World History and American Government. Hope Feeney is nearing her third year as president and CEO of the Cheyenne County Chamber of Commerce.

“It has blown by,” Feeney says of her time as Chamber president.

She says the time with the Chamber has been an education and a constant flow of change.

“Of the three years, no two days have been the same,” she says.

She said she learned a key to the job is adaptability. Be ready for change and unexpected challenges. The changes and restrictions that came with the coronavirus in 2020 reinforced that way of thinking.

Coming to the Chamber, she had business experience, but not the type of management experience she has gained in the three years since her arrival.

“It is very, very, very different from what I'd done before,” she says.

Her experience with the Chamber has taught her the importance of self-confidence.

“It's something that really defines what you do,” she said. “To be an effective leader, you have to believe in yourself.”

She has also learned to not take herself too seriously, and have grace for herself. It is necessary, she says, because with the amount of work, there is the possibility of making a mistake.

“There's really a lot more to this than meets the eye,” she said. 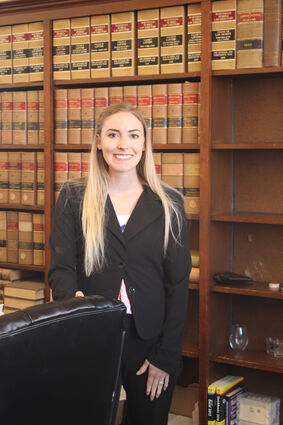 Feeney's new opportunity came about when her husband Eamonn was sought as football coach. They addressed the opportunity, as a team, a couple who decided to respond unified; it will only work if it is good for the family.

“It kind of happened organically, out of nowhere,” she said about her job offer.

She worked at a school district in Lincoln before returning to Sidney, but not as a teacher. However, she says she enjoyed watching how education impacts children. While in Sidney, she was also an assistant cheerleading coach. She said to have the opportunity to work in the same environment as Eamonn, with similar hours, “was a no-brainer.”

She will be phasing out her role with the Chamber in July, and starting her teaching adventure in August.