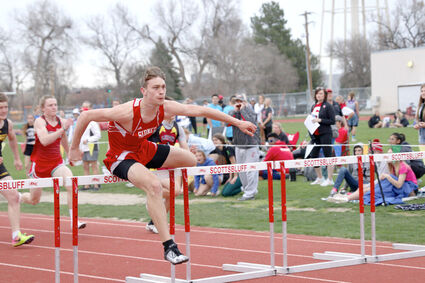 On Saturday, May 1, Sidney’s Red Raider Track and Field team traveled to Chadron for the Western Conference Championships and swept the team competitions in dominating fashion.

The boy’s squad was led by junior Daniel Bashtovoi, who had three wins on the day in the 800 Meters, 1600 Meters, and the 3200 Meters. Bashtovoi also ran the first leg for the winning 4x800 Relay team. The boy’s also impressed in the 400 Meters, with junior Mitch Deer placing second and junior Jackson Russel and sophomore Jacob Dowse tying for third. Bashtovoi’s 800 Meter win was complemented by second and third showings by juniors Cam Brauer and Trey Johnstone

Sidney looks to continue their outstanding performances as they travel on Tuesday to compete at the Alliance Invite.