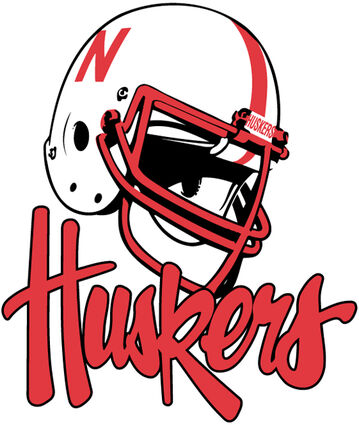 After being introduced as the University of Nebraska’s new Athletic Director, Trev Alberts said to the assembled crowd, “Nebraskans don’t run from challenges. We confront them.”

The Nebraska Cornhusker Football Team has been in the unenviable position of having a new Athletic Director or Head Coach five times over the previous decade. This instability, leaving the Big 12 and moving to the Big 10, and a lack of wins on the field has left one of the premier college football programs searching for answers. In fact, many believe the Huskers still aren’t asking the right questions, much less getting the right answers.

With the retirement of former Athletic Director Bill Moos, who famously fired former Nebraska Head Coach Mike Riley and wooed Nebraska legend Scott Frost away from UCF after coming off a magical 13-and-0 2017 season, it appears that Frost is now in the hot seat.

With Moos gone, the thinking is that it would be much easier for Nebraska to part ways with Frost if the program does not start winning with Alberts at the helm as Athletic Director. Frost has underachieved, becoming the first Husker Head Coach to post losing records in his first three seasons since Bill Jennings in the late 1950’s.

Hopefully Alberts can bring stability, focus, and wins for the program. Too much energy has been spent over the previous years with fights among the Big 10 Council of Presidents and Chancellors, from scheduling games to last seasons’ COVID-19 responses. Regardless, Moos’ thumbprint will be on the Huskers Football team, and the other sports programs at the University, as Moos hired about a dozen coaches throughout his tenure. And his sudden departure is a tell that changes, from the Head Coach of the Football team to Nebraska’s status as a member of the Big 10, could also be in the future for Nebraska.

Alberts is another Nebraska alum, an All-American linebacker for the Huskers in the early 1990’s prior to being selected by the Indianapolis Colts in the first round of the 1994 NFL Draft. His NFL career was shortened by injuries, and he parlayed his playing success into a series of jobs as a commentator for CNN/SI and ESPN. He then became the Athletic Director of the University of Nebraska-Omaha, where he was able to get the school admitted to Division 1’s Summit League, at the cost of eliminating the Football and Wrestling programs at the school.

Alberts is now being charged with not only turning around the Football program, but repairing and strengthening the University’s relationship with the Big 10.

But the bottom line remains, as it always has, that Nebraska’s real problem with the Football program is a lack of wins. Getting the program back on the winning track will do wonders to help mend the fences in the Big 10, and turn down the volume on a fan base that hasn’t seen a conference championship since 1999 or a major bowl appearance since 2001. Even competing in the weaker Western Division of the Big 10, the Huskers have amassed an unimpressive 43-and-41 record in Big 10 play over 11 seasons.Alberts looks to bring back the culture that he thrived under while playing for legendary Nebraska teams under Tom Osborne in the early 90’s. Alberts stressed the importance of a winning culture in his introductory press conference on July 14, saying, “The culture piece is really important to me. None of us knew how privileged and blessed we were to live this culture.” It is clear that Alberts directive is “Win Now”, and all of the other problems and distractions will sort themselves out. History shows that winning does cure all ills.

We should get a good idea of how the season will roll out on August 28 when Nebraska travels to face Illinois for a night game to open the season. After four straight wins against the Illini, Nebraska stumbled badly last year in a 41-to-23 home loss at the end of November. With new Head Coach Bret Bielema, brought in from the New York Giants in the wake of Lovie Smith’s firing after five straight losing seasons, the Huskers should have a chance to start their season on the right track against a talented but turbulent Fightin’ Illini team that’s been focused on recruitment since Bielema arrived.

As the Huskers’ roster gets settled and the team gets prepared for the season, Husker fans should not have to wait long to see if bringing back another Nebraska legend to spark the team to success will work.

For now, Alberts seems to be saying all of the right things to ease Husker fans’ concerns. We will quickly see how well the team confronts challenges, as Nebraska starts against Illinois, Fordham, and Buffalo—all games that the Huskers should win.