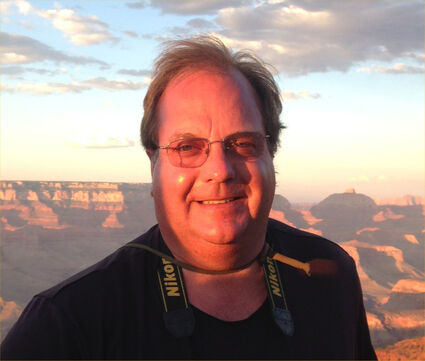 I wrote last week about increasing open discussion among commentators and pundits about attempting to find ways to peacefully split the U.S. into two or more new countries.

The premise of the national conversation along these lines is that America is already so sharply divided on key political and social issues that it would be better if we just went separate ways. Those who advocate this idea fail to grasp just how difficult it would be.

For purposes of discussion, let us say Nebraska joined with the Dakotas, Wyoming and Montana to create a new country and split from the U.S. Okay, what will be the unit of currency in this new nation, and on what will its value be based? What will be the process by which residents of this newly independent land convert monetary holdings in U.S. dollars to the new currency, and who or what determines the exchange rates?

On day one of the split, there would be no more money from the U.S. federal government for agriculture in the new nation. There would be no NEA, USDA, FSA, BLM, USFS, Department of Interior, Department of Commerce and a veritable alphabet soup of other sources of revenue and assistance. Overnight there would be no federal student loans, no federal grants and no FEMA or emergency assistance. Granted, in the long run it might be beneficial not to have so many lettered agencies with fingers in our pies, and it’s likely the Founders would be appalled at how many we’ve become accustomed to. But you have to give credit to those in power who’ve allowed so many of us to become at least partially reliant on checks, grants, loans and tax credits from the government that we’re pretty much enslaved without realizing it. And proclaiming independence from Washington, D.C. would really hurt a lot of folks in a startup nation monetarily.

Then there is the matter of federal property and equipment within the borders of a new country. Interstate highways, U.S. highways, national parks, forests and grasslands would presumably belong to the new country – along with their care, maintenance and management. What of those employed by the U.S. to do this now? Will they all be suddenly unemployed, or will the new country give them jobs like their old ones, only with a new start date to mess up their pensions.

And finally, the states in our theoretical breakup all have military bases and facilities with nuclear weapons. Who gets the nukes? How about the planes and vehicles? Do you think the rest of the world would sit idly by and watch a new nuclear power step onto the international stage?

Yes, my friends, as pleasant as it may be to fantasize about waving goodbye to the cesspool of corruption and tyranny our federal government is becoming, we best understand the colossal tasks and costs involved before we glibly back a national divorce.

Personal note to readers: I have a new novel out called “Species Unleashed”, a sequel to my first novel, “Species Unknown”. This Saturday, October 2, I will be having a special sale and book-signing event at Nexgen Outfitters in Sidney from 11:00 am to 2:00 pm. For this event only, I’m making “Species Unleashed” available for $10, which is 30% off the regular price. Come on out and say “hi” this Saturday at Nexgen Outfitters. It’s also available on Amazon.