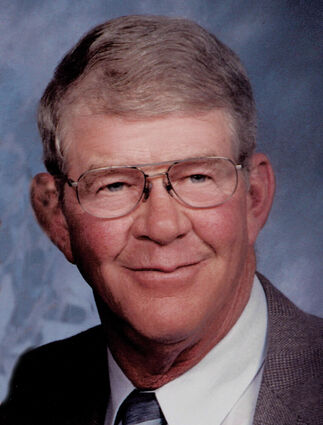 Gary Harris, 80, of Sidney, formerly of Dalton passed away Tuesday afternoon, September 28, 2021 at the Skyview at Bridgeport.

Funeral Services were held at 10:30 a.m. Monday, October 4, 2021 at the United Church of the Plains in Dalton with Pastor Leon “Bud” Gillespie officiating. Burial will follow in the Dalton Cemetery.

Visitation was held Sunday afternoon from 2-4 p.m. at the church in Dalton.

The services will be recorded and available to watch after the service on the Holechek-Bondegard Funeral Home Facebook page (www.facebook.com/hbfuneral).

Memorials in Gary’s name can be made to Sullivan Hills Youth Camp, United Church of the Plains, or the Community Shepherds.

Gary was born on May 2, 1941, in Dalton, Nebraska to Glenn and Myrtle (Weed) Harris. He attended school at Dalton graduating in 1959.

Gary was united in marriage to Ellen Holden on July 7, 1962, in Dalton. Two children, Lori Lynn and Brendan Eugene were born to this union.

He spent his entire life engaged in farming and those who knew Gary knew what made him special.