Growing Through It Together 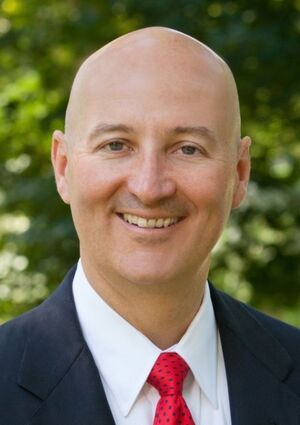 The last 18 months have been a roller coaster for the entire world.  While many places have struggled, even in America, Nebraskans have come together to power through the pandemic.  Our healthcare professionals have worked with compassion and skill to care for Nebraskans.  Communities have supported their local businesses throughout the pandemic.  Employers have overcome market disruptions to preserve and create jobs.  Parents and schools worked to get kids back in the classroom.  Our ag producers once again showed that they can be counted on to feed the nation and world.  None of this has been easy, but Nebraskans have been up to the challenge.

While the coronavirus upended our lives, the State has struck a balance allowing people to live a more normal life while still keeping Nebraska healthy.  Our approach helped to protect our hospitals, so everyone who needed a hospital bed could get one.  We have the third lowest fatality rate from COVID-19 in the country, and we’ve now vaccinated over 88% of Nebraskans 65 and older.

As we prioritized health, we pushed forward with growing Nebraska.  While the nation’s GDP declined 3.4% last year, Nebraska was one of the least affected states—with the fourth best GDP performance.  Our state has bounced back strong.  Nebraska had the fastest fourth quarter GDP growth of any state in 2020 (11.8%), more than doubling the national growth rate of 4.5%.

We’ve seen evidence of renewed growth and job creation in our labor market numbers.  Currently, our state’s unemployment rate is 2.2%.  That’s the lowest rate in the nation and the lowest in Nebraska history.  Of the 389 metro areas in the United States, Nebraska’s three metros rank #1, #2, and #6 for lowest unemployment rate.  (Lincoln is #1 at 1.7%, Grand Island is #2 at 1.9%, and Omaha is #6 at 2.3%.)  There’s never been a better time than now to find a job in Nebraska.  Each of our 93 counties has a seasonally unadjusted unemployment rate below 3.0%.  On any given day, our State jobs site (NeWorks.nebraska.gov) lists over 50,000 openings.  Given all this, it’s no wonder that WalletHub says Nebraska is the #2 best state in the nation for finding a job.

As our growth creates jobs, we’re equipping Nebraskans to make the most of the great opportunities available.  The Developing Youth Talent Initiative introduces middle school students to great-paying careers in fields like manufacturing and IT.  High school career academies give students the opportunity to gain hands-on experience and begin earning college credit.  Registered Apprenticeships provide young Nebraskans with the opportunity to earn income, obtain credentials, and accumulate course credits while learning a new job.  Despite the pandemic, Nebraska grew registered apprentice enrollment by 14% in 2020 for a total of 1,511 new registered apprentices enrolled in Nebraska Registered Apprenticeship Programs.  Our Career Scholarships program, which will offer at least 2,110 scholarships by 2023, is helping pay the way for college students to attain knowledge and skills to enter high-demand fields like engineering or nursing.  We’re seeing these efforts bear fruit.  In 2020, Nebraska overtook Iowa and Minnesota to become the best state in our region for workforce development according to Site Selection magazine.

While government can help create a growth-friendly environment, it’s the private sector that’s creating the opportunities.  Our largest industry, agriculture, is leading our growth.  For 2020, Nebraska again ranked #1 nationally for the most agricultural cash receipts per capita.  While the population of Texas is almost 15 times that of Nebraska, the Cornhusker State sold more ag commodities than the Lone Star State last year.  Nebraska also tops Texas in beef exports, ranking #2 nationally behind Kansas.  Nebraska’s beef exports are on pace to set an all-time high in 2021.  They are up 30% year-to-date.  In August 2021, Nebraska’s beef exports surpassed $188 million—the best month ever for our state.

Nebraska’s farmers are also experiencing expanded exports.  Over the first 8 months of 2021, American corn exports are at $14.5 billion.  That’s higher than the annual export value for any year since at least 2004!  U.S. soybean exports (up 30%) and wheat exports (up 19%) are also much higher than they were last year at this point.

Even with the pandemic, manufacturing employment has reached its highest point in over a decade.  Mainstays of our state’s manufacturing community like Behlen, BD, Kawasaki, and Nucor have all significantly expanded their workforces this past year.  In September, UNL’s Bureau of Business Research reported that Nebraska’s leading economic indicator (LEI) increased again during August 2021 on the strength of business expectations and an uptick in manufacturing hours worked.  The LEI has now risen in 10 of the past 11 months, signaling continued growth for our state.

Our state’s successful pandemic response has been especially beneficial to kids.  Nebraska was the sixth-best state for keeping kids in the classroom after the virus disrupted education in the spring of 2020.  This was an important accomplishment; in-person learning enhances children’s academic performance, emotional well-being, nutrition, and physical fitness.  Our strong economic recovery also enabled Nebraska to climb to #2 in the Casey Foundation’s annual ranking of children’s economic wellbeing.

Legislatively, we didn’t let the pandemic distract us from moving Nebraska forward.  This year, I worked with Senators to enact a historic amount of tax relief, make a major investment to expand our broadband infrastructure, and cut red tape to expand our healthcare workforce.  Over the next two years, Nebraskans will see over $1.9 billion of direct property tax relief and over $2 billion of estimated total tax relief.  We did all of this by controlling spending growth to 2.4% annually and remaining the least indebted state government in America.

Thank you to everyone in Nebraska for the grace, grit, and resilience you’ve shown over the past year and a half.  It hasn’t always been easy, but it has helped us power through the pandemic and grow Nebraska.  As always, if you have any questions or comments, please contact me at [email protected] or by calling 402-471-2244.