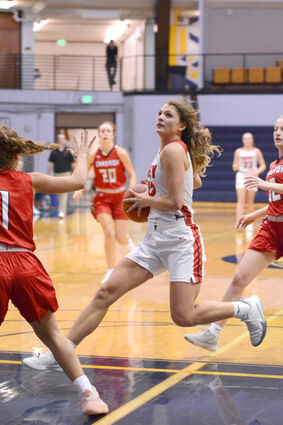 With a first round blow out of an outmatched Arvada team as basically a warm up game for the Lady Raiders, Sidney started their first real rest of the season with a solid first half performance against the Chadron Lady Cards, then built up a lead through the rest of the game to end the game in a 20-point win for Sidney.  A solid 29-to-13 second half highlighted Sidney’s scoring and defensive strengths.

Sidney then faced off in the the Championship game against Scottsbluff, and played a very balanced game in the first half, keeping pace with Scottsbluff and managing a two point lead at ha...