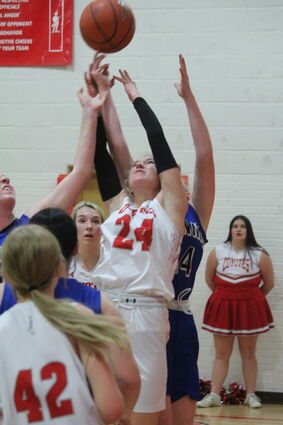 Potter-Dix's Lady Coyote Basketball team has struggled thorough most of the season, but have shown continuous improvement and have battled hard against their opponents. On Friday, the Lady Longhorns of Hyannis came for a visit, and the game was a battle the whole way. After trailing most of the way, the Lady Coyotes were able to get within three at 30-to-27 in the final minutes of the third quarter. However, the Lady Coyote offense stalled and ended the period down by four at 33-to-29.