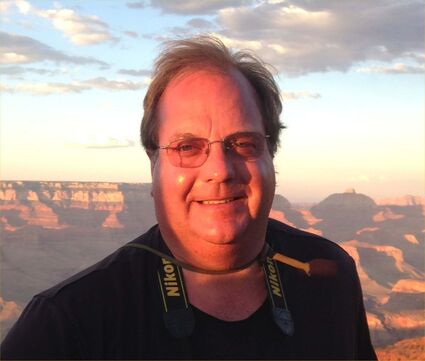 My last position at Cabela’s HQ involved not only forecasting weather, but calling out trends in economics, technology innovation, politics from the local to global scale that could impact the outdoor industry, and business.

I enjoyed and was good at it. Now I do it as a hobby, but am very concerned that what was once dismissed as conspiracy theory is now openly discussed by wealthy and powerful people and organizations.

I don’t know that there’s a secret group of a dozen people pulling strings to conform the world to their utopian vision, but it’s becoming clear there are thousands of like-minded individuals with the money and means to change the world as we know it. And it is clear from the public and published statements made by these people that they believe principles articulated in the U.S. Constitution concerning personal rights and liberties are obsolete and in need of updating. So what kind of a world do they envision?

For the good of the many, they need people concentrated in population centers where they are more easily controlled. One way to do this is to restrict and control ability to travel outside of cities.

If fuel prices are manipulated by inflating prices, cutting production of new gas and diesel vehicles, pricing vehicles beyond the ability of most to pay and incentivizing purchase of electric vehicles, it will soon be cost-prohibitive to own a gas or diesel vehicle.

Limited range of such vehicles between charges makes long road trips away from home longer and more inconvenient due to charging delays. If people can’t travel, the elites believe they’ll be forced into cities where the glories of public transportation are touted as a solution for getting around. Of course, that means you’re completely dependent on others for mobility and, if you step out of line, the privilege to move around can be suspended.

The vision for the rural areas is to “return them to nature.” Years ago there was a proposal called “Buffalo Commons” that advocated for vast parts of the Great Plains to be restored to their pre-European state. Vast herds of bison were envisioned again roaming the expanses.

Reintroduction of wolves and grizzly bears would regulate populations of other animals, or so they said. Some advocated cloning mammoths and saber-toothed cats to add to the mix. While this hasn’t gotten much attention lately, be assured there are still powerful people who want to see this happen, and some of them have already bought tens of thousands of acres of prairie land in hopes of being a part of it.

Agriculture is envisioned as being completely automated. Artificial intelligence, it’s argued, can do a better job of farming than families who’ve done it for decades. All equipment will be automated and run from central control centers. Repairs will be done on-site by droids deployed from the nearest control center.

The economy will be entirely digital. Watch for proposals to replace paper currency with digital dollars in the next one to three years. The digital currency will be programmable, meaning its day to day value will be set by a central bank. If you get on the bad side of government, a keystroke could seize or erase everything you own.

If this sounds scary, I can’t help that. It’s all out there. Read some of the material on the World Economic Forum’s website. Then read what’s been published by some of its members and supporters. Your eyes will be opened to alarming plans promoted by those with the means to implement them.