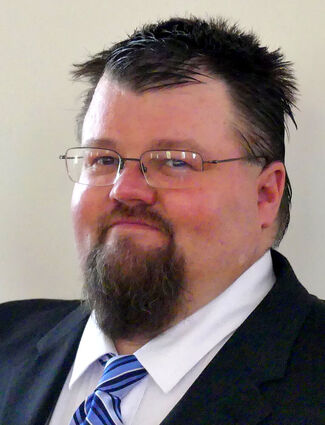 Jason A. Lyall, age 47, of Cheyenne, WY passed away in Cheyenne on Monday, June 27, 2022. A Celebration of Life was held at 10:30 A.M. on Saturday, July 2, 2022, will be held at First United Methodist Church in Sidney with Pastor Corey Jenkins and Reverend Darren Theesen officiating. In lieu of flowers, monetary donations can be made to the family for future designation. Services will be recorded and available on our website for viewing.

You may view Jason’s Book of Memories, leave condolences, photos and stories at http://www.gehrigstittchapel.com.

Jason Allen Lyall was born on October 4th, 1974 in Akron, Ohio to Willard Allen Lyall and Diana Marie (Tritt) Sonnie. When Jason was young, the family relocated to Gering, Nebraska where he was raised. He attended Gering Schools where he played baseball, football, and participated in band and Scouts. As a boy he grew up at Lake Minatare with weekly camping trips and he loved to ski. After graduation, Jason relocated to Sidney, Nebraska where he worked for Cabela’s and Prestolite Wire and made numerous connections with coworkers. During his time in Sidney, he raised his daughter, Deanna “Copper” Jo McClure; who he would tell you is his greatest accomplishment. He enjoyed attending every sporting event, concert, and raising his daughter with a love for the outdoors. Jason obtained his education in telecommunications which led to his position with Dish Communications in Cheyenne, Wyoming. He lived and worked in Cheyenne until his passing on June 27th, 2022.